The Irish general elections draw the scenario of a coalition between both dominant parties on the island, in front of left opposition anti-austerity which grows electorally.

Whether it's the national press, with The Irish Times, or the foreign one (British daily paper The Guardian; French newspaper Le Monde), there is no "clear winner" about the Irish general election, which fall in full centenarian of the Easter Rising 1916, the founding act in the war for independence of Ireland in front of the United Kingdom, in full World War I. The composition of a parliamentary majority will happen in some seats near, on 158 that counts Dáil Éireann from now on.

Coalition of the rival brothers

Seen the uncertainty caused by the results, the biggest probability of training of a government can be insured by a coalition of Fine Gael and of Fianna Fáil. These two parties of centre, centre right, even right, are rival brothers which dominate the Irish political life since the independence of the Eire, in 1922. With sometimes the Labour Party which plays kingmakers' role, as it was the case after the elections of February, 2011, allowing Enda Kenny, of Fine Gael, to become Taoiseach (Irish equivalent of the Prime Minister) further to a coalition realized with the Labours.

But things changed. Fianna Fáil, which had the power before 2011 and which had found itself third five years ago with 17.4 % and 20 members of parliament (MPs) - the biggest electoral defeat of its history -, seems to have found of the hair of the animal with 24.5 % of the votes and about 43 elected representatives, so chasing Fine Gael, according to The Irish Times. Meanwhile, the latter passed of 36.1 % of the votes and 76 MPs in 2011 in 25.5 % of the votes and hardly 45 deputies from now on. The Labour Party, as for him, knew a total collapse because was advisable less than 7 % of the voters (6 deputies), against 19.4 % five years previously. As a result, to have a majority of 79 members of parliament is not clearly simple and it seems inescapable, in eyes of numerous observers, that Kenny will have to form a coalition with Micheál Martin, his opponent of the Fianna Fáil, as well as manage to attract conservative or liberal "independent" elected representatives.

The great political lesson of the Irish (proportional) ballot is the increase in importance of the Irish left. The drop of the Labour is bound to its dishonest compromise in the governmental coalition and to its left, that progresses. At first, a new party, Social democrats, stemming from a split of the Labour Party, entered Dáil Éireann with 3 % of the voices and 3 Teachtaí Dála (at least). But especially, it is the increase in importance of Sinn Féin. The republican left party, led by Gerry Addams, the former political branch of the Irish republican army (IRA), crystallizes the victims of the economic crisis who want be listened. Adopting a tone more social and anticapitalistic than its rhetoric on the unity of all Ireland - the Ulster being still belonging to the United Kingdom -, Sinn Féin becomes at present the third Irish political strength, with about 14 % of the voices and 22 TDs. Nevertheless, following the example of Podemos in Spain, he could make a bigger score (credited sometimes with more than 20 % of the votes) but the context of the European radical left with Syriza in Greece did not facilitate the task for Addams and his friends. Finally, the Green Party makes a return to the Lower House of Oireachtas, having been refused in 2011; then the coalition of extreme left Anti-Austerity Alliance/People Before Profit should count 5 deputies against 4 five years previously.

Really, in spite of appearances, camp anti-austerity went out strengthened. Although number of newspapers tells how much the Irish economy is better since the crisis because in 2015, the growth rate of Ireland was 7 %, the highest of the Eurozone. Besides, the unemployment rate passed from 15 to 8.5 % in five years, the budget got closer to the balance, having heavily had a deficit to save the Irish banks then the national debt retracted after having jumped up between 2008 and 2011. Everything would go well in Dublin! Especially as according to the French newspaper l'Humanité, the number of billionaires in Ireland would have doubled in 2015. But a reality in mask another one. Austerity policies developed a record proportion of households living under the poverty line, as well as the Irish young people who had exiled themselves did not all return (brain drain). Besides, the austerity wanted by the troika – IMF (INTERNATIONAL MONETARY FUND), ECB (EUROPEAN CENTRAL BANK), European Commission-, expressed itself to such a point that a tax on the water was adopted at the end of 2013, source of a series of mass demonstrations, even a boycott of invoices sent by the semi-public company Irish water. At last, but not least, austerity was one-way, to the poorest social class and a large part of "middle classes". No way to charge the richest, in particular the companies because Ireland still remains the European country where the (theoretical) tax rate on companies is 12.5 %, against more double on average in the rest of the European Union. Excessive fiscal optimization in the service of the Establishment! 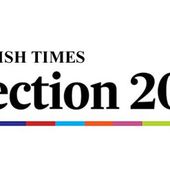 The Guardian view on the Irish election: economic pain for no political gain | Editorial

The voters don't do gratitude, self-pitying politicians are wont to moan. For technocratic admirers of Dublin's outgoing Fine Gael/Labour coalition, the Irish election of 2016 has proved the point ... Battered by unexpected losses in the Irish general election, Enda Kenny has insisted that it is his duty to try to form and head another government. Related: Ireland's general election - the ...